Aerospace Engineering at the University of Pisa

Aerospace engineering at the University of Pisa covers all of the traditional disciplines pertaining to the fields of fluid dynamics, flight mechanics, propulsion, materials and structures for aeronautical systems and space systems. The theoretical and applied research activities in these areas are carried out in the laboratories of the Aerospace Engineering Division and through a long-standing relation with its former spin-off company, Sitael SpA, which hosts several laboratories. 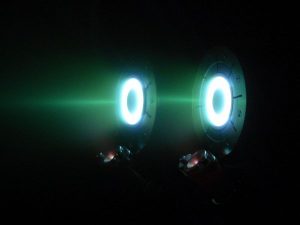 Space engineering at UniPi has evolved in the last three decades from a sub-topic of aeronautical engineering into a broad spectrum of basic as well as applied disciplines related to the development of space vehicles and transportation systems. Research has traditionally focused in Pisa on the exploration of the areas subject to the most challenging technological demands. This tradition places a high premium on an in-depth understanding of fields – such as thermal-fluid sciences, advanced propulsion and astrodynamics – directly related to the advancement of space technologies. As a consequence, space engineering students from the University of Pisa are known and sought after, both nationally and internationally, for their broad yet intense education and for their ability to deal with new and challenging problems. Major areas of study and research in space engineering currently pursued at  the University of Pisa are briefly described below.

The Aerospace Engineering faculty has available a diversity of experimental facilities in support of the research areas described above. 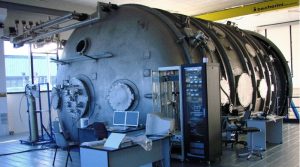 Main experimental activities in space propulsion are hosted at Sitael SpA., a former spin-off company of the University of Pisa set-up and managed by the propulsion faculty members of DIA. Ranking among the best in Europe, the propulsion facilities cover a wide range of technologies, from electric rocket propulsion, to hypersonic aerothermodynamics, to chemical rocket propulsion, to rotordynamics and cavitation of liquid propellant rocket engines. In these areas Sitael hosts a unique set of laboratories:

State-of-the-art electronic instrumentation is being developed and used. Extensive use is made of computer systems for real-time control of experiments, for data acquisition, processing, and storage, and for digital image processing. Computational facilities include several workstations and remote supercomputers generally available at national research centers and institutions. Graphics workstations with access to major commercial structural and fluid dynamic simulation codes are available to support research in fluid dynamics and solid mechanics.

Other laboratories are hosted at UniPi’s Aerospace Engineering Division premises: