This is the official website of the Space Engineering graduate program, part of the degree programs in Aerospace Engineering run by the Department of Civil and Industrial Engineering at the University of Pisa. The information provided below includes full information about the Space program, its curriculum and admission requirements, as well as a variety of additional information of interest for both prospective and current students.

The University of Pisa (Università di Pisa) is a renowned and ancient School, the origins of which can be traced back to the early middle-ages. The earliest evidence of a Pisan “Studium” dates to 1338, when the renowned jurist Ranieri Arsendi transferred to Pisa from Bologna. He and other lecturers were, at the time, paid by the Municipality to teach public lessons. The papal bull “In Supremae Dignitatis” granted by Pope Clement VI on 3 September 1343, recognized the “Studium” of Pisa as a “Studium Generale ,” an institution of further education founded or confirmed by a universal authority, the Papacy or Empire. Pisa was one of the first European universities that could boast this papal recognition, which guaranteed the universal, legal value of its educational qualifications. In the following centuries, the University of Pisa was home to such scientists as Galileo Galilei, Antonio Pacinotti and Vito Volterra, and Nobel laureates Enrico Fermi, Carlo Rubbia and Giosué Carducci.

Upon the political unification of Italy in the second half of the nineteenth century, the University became a public institution where engineering disciplines were taught within the Faculty of Sciences, before an independent Faculty of Engineering (Facoltà di Ingegneria) was set up in 1913. The first Aeronautical Engineering course was held in 1942 and some years later the Institute of Aeronautics was founded. With the reform of Italian public universities in 1980, the Institute of Aeronautics became the Department of Aerospace Engineering. After a second nation-wide reorganization in 2012, the Aerospace Department was eventually merged with several others to form the larger Department of Civil and Industrial Engineering, within which it is now active as the Aerospace Engineering Division.

The Aerospace Engineering Division comprises about twenty professors, which represent the main part of the teaching staff, a smaller number of engineers, technicians, and administrative and service personnel. 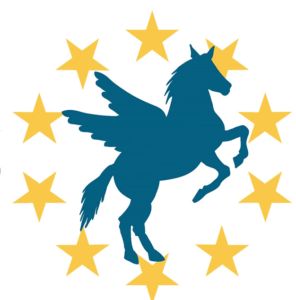 Since the 1980’s the Aerospace Division is very active in international relations, as a partner until 2014 of the ECATA consortium (dedicated to continuining education of professionals of the aeronautical industry), and as founder and active member of the PEGASUS network of top European aerospace universities. A number of agreements for the recognition of coursework and student exchange have been established with European and international universities worldwide. Within the framework of these agreements, petitioning students can be authorized to carry out part of their studies at another university or at an approved research institution.

Through its School of Engineering, the University of Pisa offers three degrees in aerospace engineering disciplines:

The Degree in Aerospace Engineering requires three years of undergraduate study, with the preparation a final thesis on an assigned design project or an industrial work stage.

The MSc degree in Aerospace Engineering requires two years of study after successful completion of the Degree in Aerospace Engineering or of a recognized equivalent degree. Full-time students normally take the equivalent of five courses during two semesters. A thesis on an original research or design topic is also required. The educational program is articulated in two options:

Instruction of the Space option of the MSc degree in Aerospace Engineering is in English.

The PhD Degree in Aerospace Engineering requires three years of advanced study and research after completion of the MSc degree in Aerospace Engineering, or of a recognized equivalent degree, the successful attendance of an approved set of courses and seminars, yearly reports and presentations on the ongoing work, the preparation of a dissertation thesis on an original research topic, and the final discussion and examination of the results with the Doctoral Committee.

Every year, about 150 students are granted an undergraduate or graduate degree in aerospace engineering disciplines and about half a dozen students earn their doctoral degree in Aerospace Engineering.

– Dipartimento di Ingegneria Aerospaziale, Via Girolamo Caruso 8, 56122 Pisa, hosting the  faculty and administrative offices and the departmental library and laboratories of Aerospace Engineering, except for the Aerospace Propulsion Laboratory, which is located at Sitael SpA, in the eastern outskirts of the town.

– Main Engineering Building and Polo Didattico A, Via Diotisalvi 2, 56122 Pisa, hosting part of the administrative offices of the Faculty of Engineering, the Central Library, several engineering departments, two graduation/conference halls and classrooms.

– Polo Didattico B, 2 Via Diotisalvi, 56122 Pisa, hosting the Interdepartmental Computing Center and part of the administrative offices of the Faculty of Engineering and classrooms.

– Sitael SpA, a former spin-off company of the University of Pisa, located in Via A. Gherardesca 5, 56121 Ospedaletto (Pisa), hosting the Aerospace Propulsion Laboratory and facilities.

The library system at the University of Pisa is composed of the centralized service and 16 libraries. It directly manages the catalogs and databases, the computerization of library services, the relationships with other library systems.

The library system of the Faculty of Engineering consists of a number of distributed library locations providing a number of high level information services (consultation, loan, catalogs, document retrieval, interlibrary loans, etc.) to support and facilitate the research and educational programs of the Engineering Division. The library’s policies and many electronic resources, including the online catalog, are accessible from the libraries website.